On the one hand, starting this story on the first day of the Trans Am Bike Race makes sense, if only because every story needs a place to start. On the other hand, it feels completely arbitrary, because so much of the story of my race is about what came before the Trans Am ever started. The months of training, the traveling, the planning, the fretting, the sleepless nights, the nerves: all of that created the conditions that made those 22 days and 11 hours during June what they were.

The days directly preceding this race were a lot of fun, which definitely impacted my mood and headspace going into day one. The week before the race, Jimmy and I and our friend Ryan packed up the bikes and roadtripped from Salida to Portland, stopping in Salt Lake City and Bend. In Portland, we had a great couple of days exploring the city with our friends Phil and Laurel, and meeting up with a couple of Salida friends, Chris and Jen. We drank beer and ate ice cream and didn’t wear spandex. 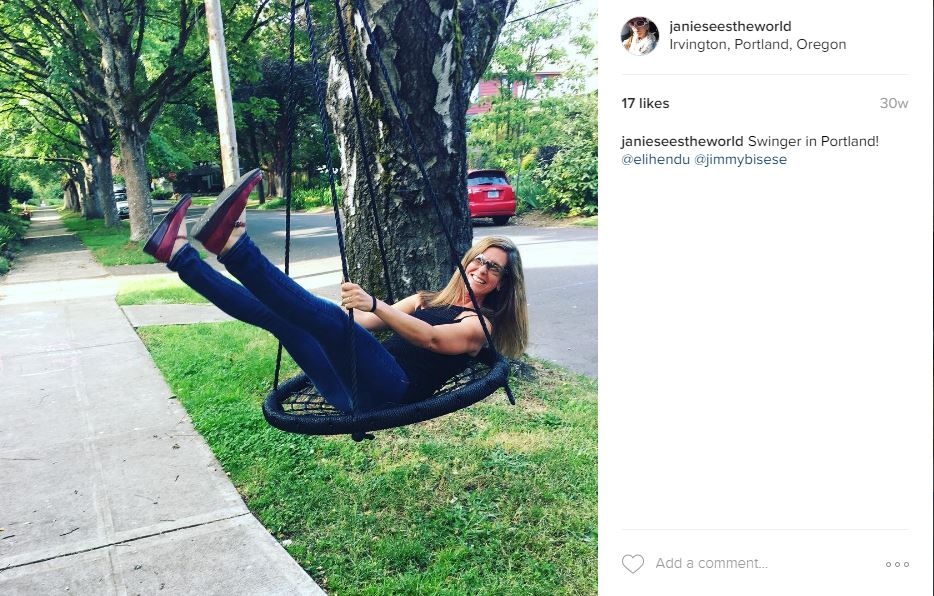 On June 2, we headed to Astoria. My best friend from highschool, Callie, drove in from Washington. There, I got my first glimpse of the other riders at the pre-race meeting on top of a hill, and then later we shared beers at the St. George Brewery across from the hotel. I met a couple of Italian racers, Ilaria and Enrico, at the post office, and several more during one of a couple of stops at the local Astoria bike shop. As seems to happen, pretty much everyone had a mechanical problem within 36 hours of the race start. Some people even considered an upgrade. 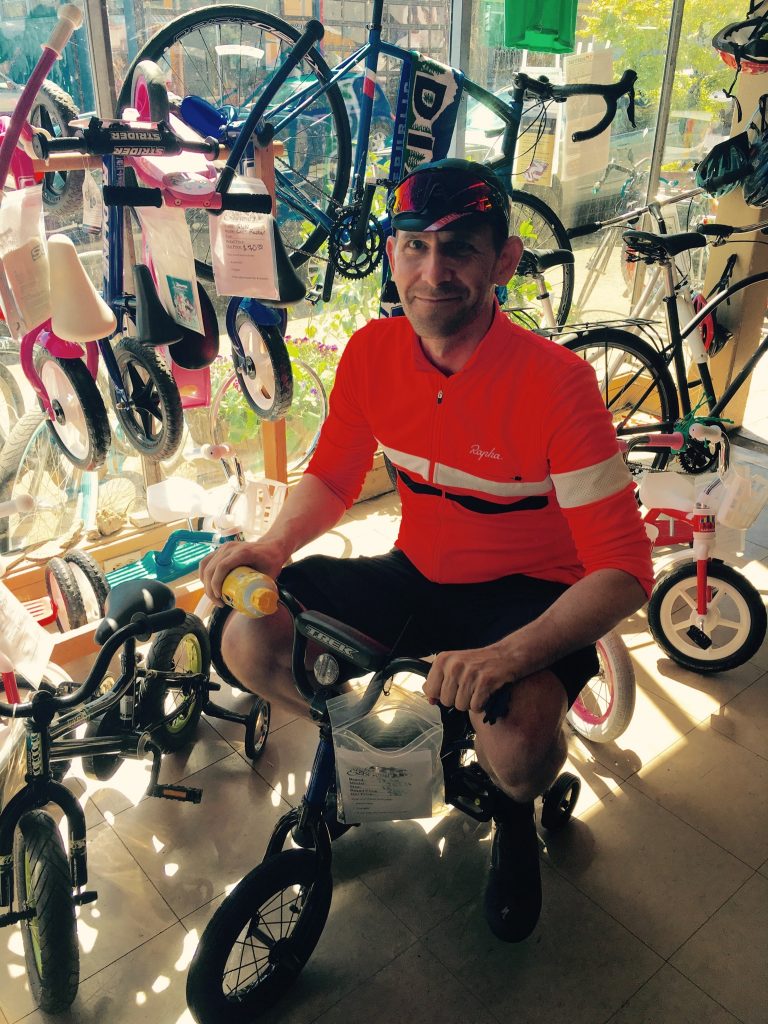 Finally, race morning arrived. I took a shower – wondering when might be the next time that would happen – and then Jimmy and I ate breakfast with friends. 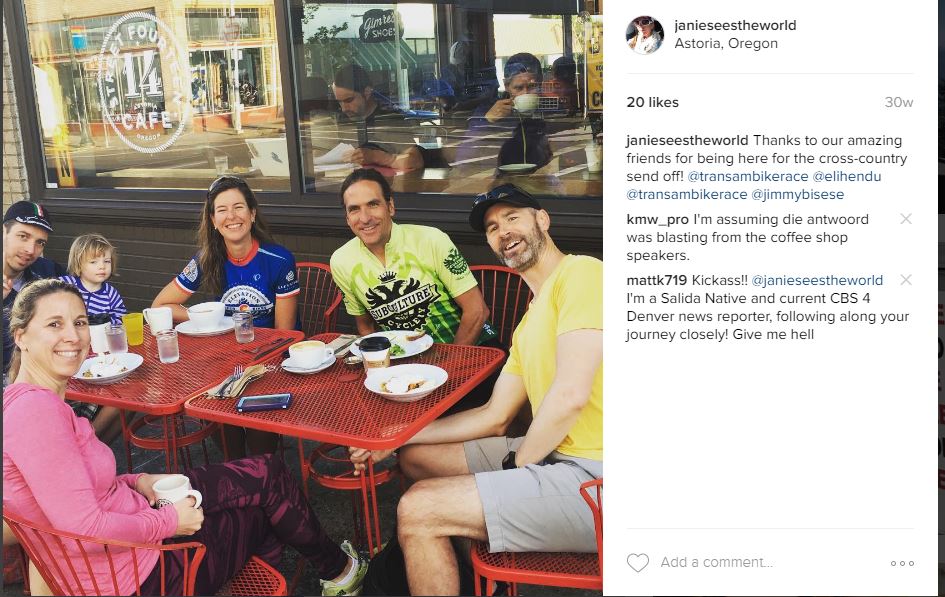 We rode over to the museum, a few minutes before the 8am start. Nathan Jones gave a pre-race exhortation. Thomas Camero passed out champagne. Jimmy had a deck of cards and tried to convince everyone to put one in their spokes as we rolled out of town.

Those moments from the first few miles were surreal. It was the strangest sensation to be setting out on a 20+ day bike race, surrounded by people you might never see again – or who might become closest competition, friends, or both. I remember noticing how diverse the field was: people from so many backgrounds, abilities, and level of competitive interest. Looking around, I could see so many colors, gear setups, kinds of bikes, emotions. As we took a neutral rollout, the wind was slight and the water was blue. It felt like a good day for a ride. 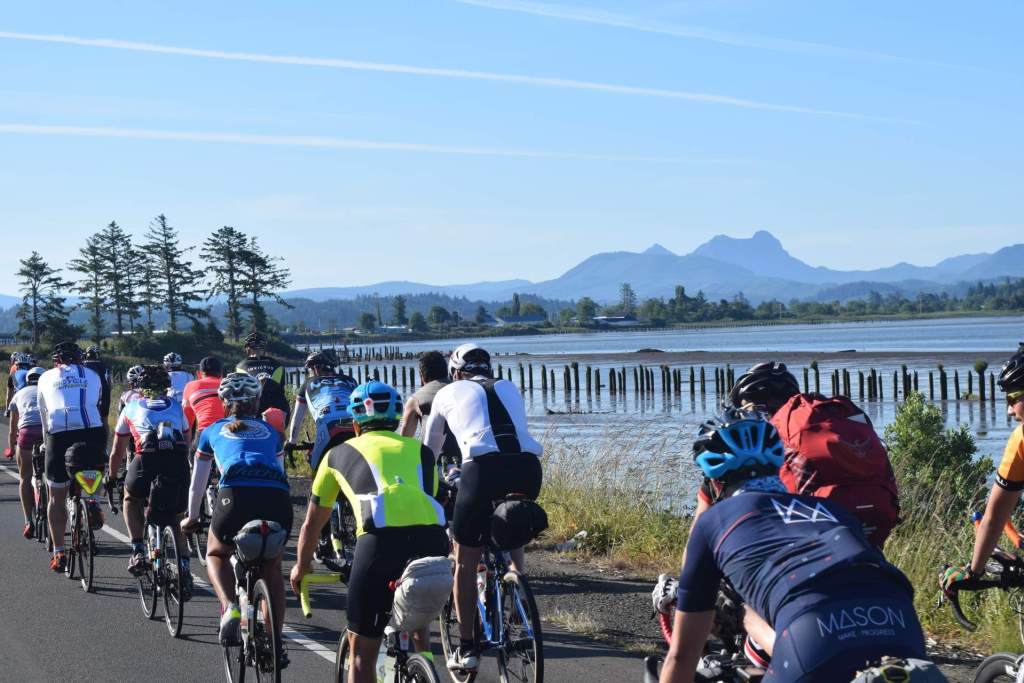 I wrote about this in my post-race Facebook post, but when the neutral rollout ended, a pack of about 15-20 riders picked up the pace, and pretty quickly were out of sight. The group included Lael and Sarah, who I knew were two of the strongest female riders in the pack.  I had never done a race like this, and was much more concerned about self-preservation than competition at the time. (Though that would change over the coming weeks.) Still, I was a little shocked at how fast many of the riders took off. 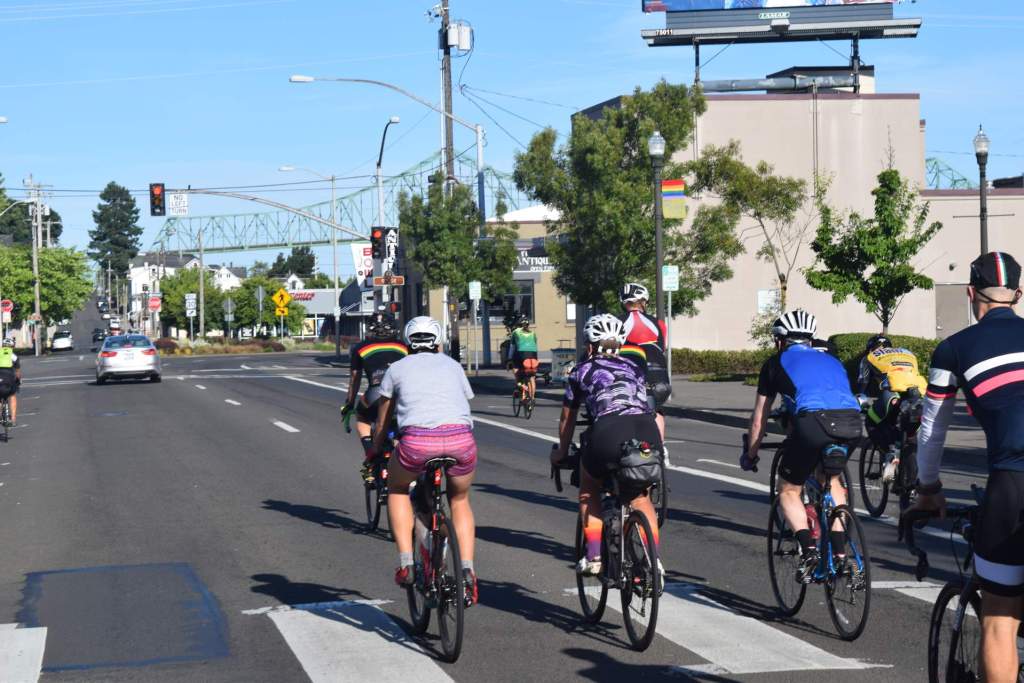 Despite all the time I had spent thinking about the race before it started, my plan for it was not all that rigorous. I hadn’t made the effort to carefully identify refueling spots or take a close look at weather or elevation, except generally. I had, however, spent a lot of time thinking about how much distance I thought I could realistically cover in a day.

Since my primary goal was to cross the finish line – knowing that I had pushed my limits – my major concern was not going out too hard in the first few days of the race. Unfortunately, I didn’t even have a very good idea of what that meant. Up until the race, the longest continuous block of training was four days of riding in a row, back in April, averaging about 100 miles/day. I had also completed two 400ks and a couple of 200 mile rides, but my experience in backing up long rides day after day after day after day was pretty much non-existent.

Still, I set an agenda for the first three days: I would attempt to cover 180-200 miles/day across Oregon, and then make a more well-informed plan from there. At the time, my plan seemed incredibly ambitious, given my training and experience. In reality, it put me back in the field for the first week or so of the race, but despite that, I think this strategy worked for me.

My day one destination was Corvallis, at 188 miles into the race. Early in the day, we traveled along the coast. Jimmy and I were riding near each other, sometimes he was a bit ahead, sometimes me. We made our first stop at a coastal town, and spent what now seems like forever finding a shop, locating the restrooms, getting our supplies packed up again to go. 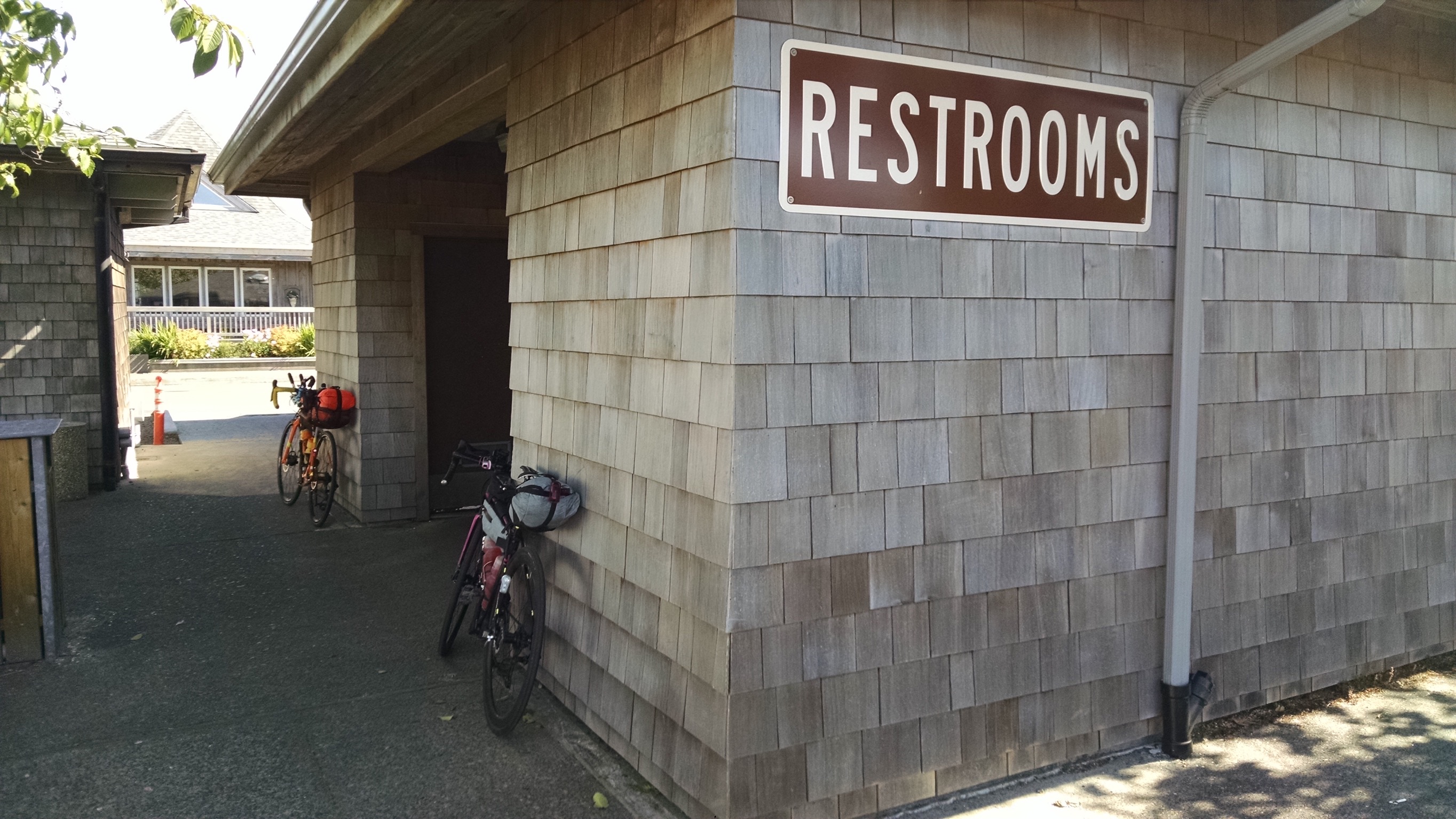 Our friend Phil was along for the first 40 miles or so, and he snapped a couple of photos of the two of us. 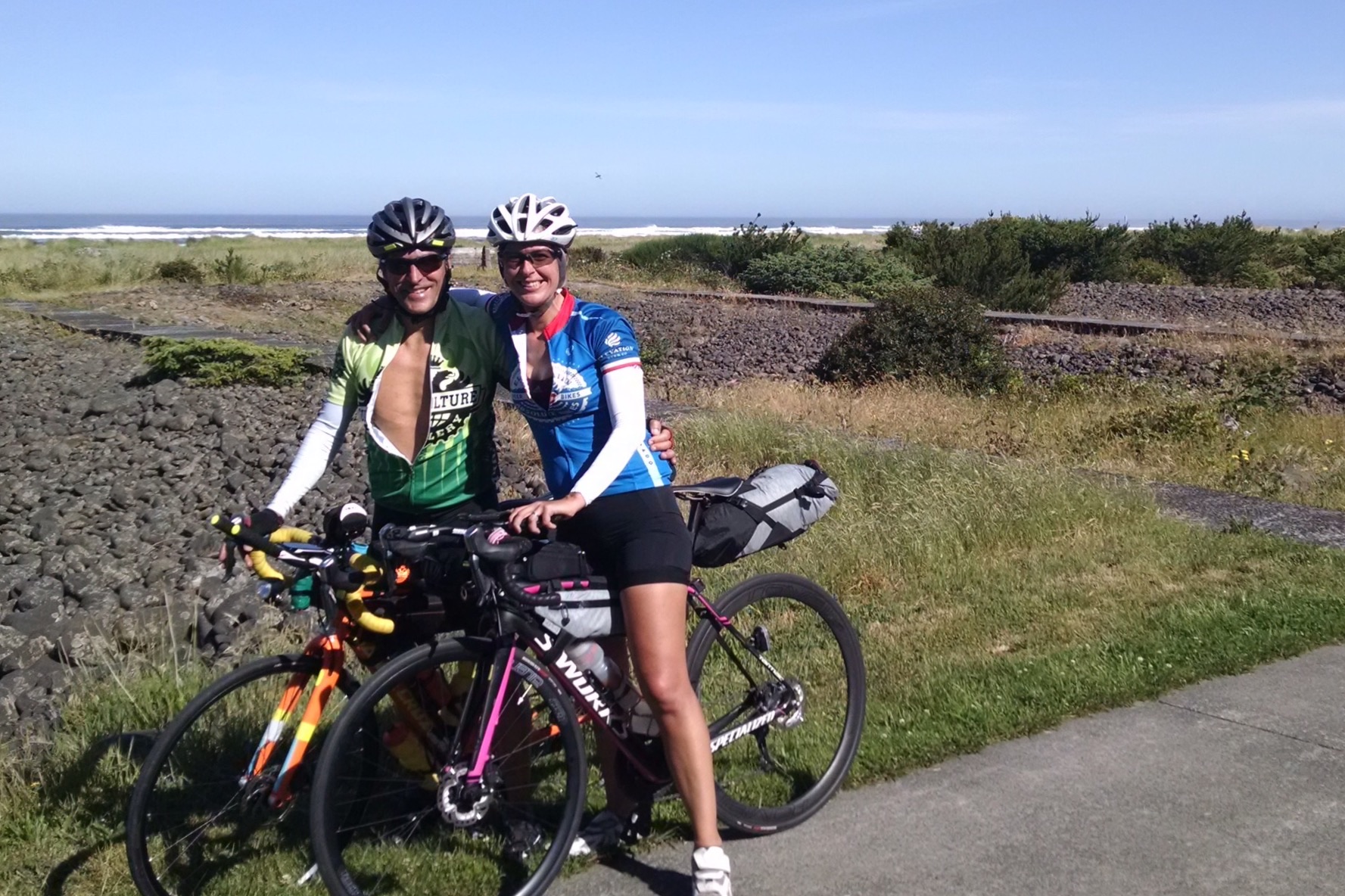 Our last photo together during the race. Photo credit: Phil Schmidt

Jimmy was enraptured by the fantastic scenery, and more intent on taking photos than limiting stops. At some point, he was calling to me to stop and take another photo, and I just kept on riding. When I realized he was no longer nearby, I was still certain I would see him again. Even though he had told me that he wouldn’t go all the way to Corvallis on the first day, I was sure that he would turn up there after all. As it turned out, that photo was the last time I would see him during the race.

Mid-way through the day we turned inland from the coast. Entering into the foothills of the Cascades, there were some beautiful hills, with shade, good pavement, and little traffic. I was finally settling in, and remember feeling ecstatic about finally being in the race. The riding felt effortless, legs felt strong, all the anticipation was over, and the whole race still lay ahead. 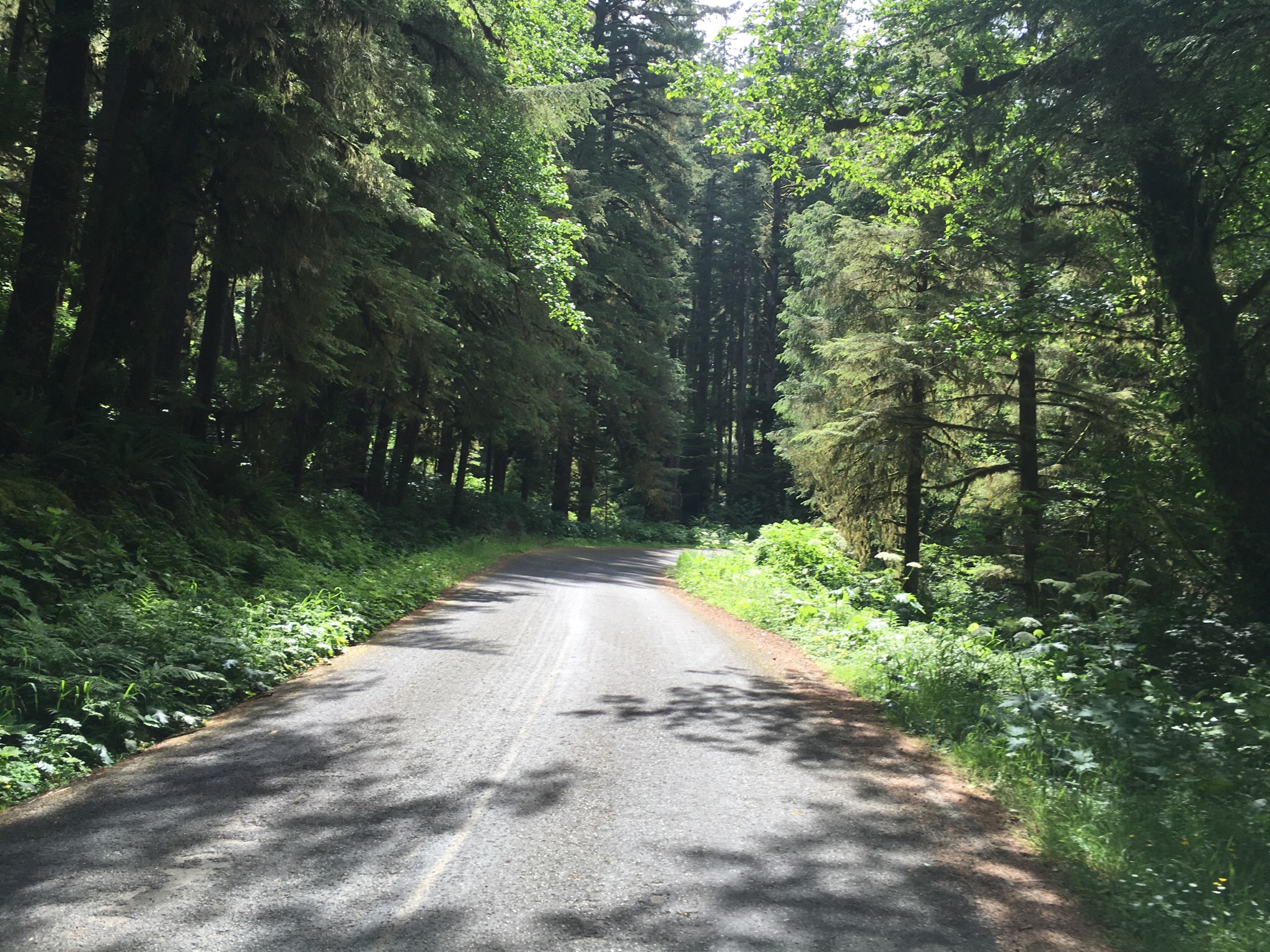 During the mid-afternoon, and away from the coastal breeze, I started noticing the heat for the first time. We had started the race during a rare Oregon heatwave, and the temperatures were well into the 90s. (My Garmin registered 97F.) At one point during mid-afternoon I stopped at a convenience store along a busy road to get an ice cream and a coke. Brian McEntire and Andy Buchs were there refueling too – we all had red faces and joked about how it was too early to be that hot and tired. Immediately after leaving the store I took my first wrong turn (of what would turn out to be many) and spent a frustrating few minutes trying to get back on track. When I did, Andi was just in front of me, and befuddled as to where I had appeared from. We rode together for a few minutes but he was riding faster than me, so soon I found myself alone again.

About 160 miles into the day, Evan Deutsch caught up to me. Evan had already been dealing with a mechanical that had set him back, but was moving up steadily. We chatted for an hour or two as we rolled into Corvallis – talking about our recent cycling trips, training, and his experiences in the Tour Divide and the Trans Am race the year before (he tied for second). I tried to pick his brain for anything that would help me understand what I was getting into, and he was incredibly generous in sharing his experiences. Riding into Corvallis, he pointed out a natural foods grocery store and said he would refuel to ride into the night.

In the grocery store, I wandered around in a dazed state, with no clear idea of what I should buy. Over the coming days, I would learn better to anticipate my needs for the coming miles, but I had not yet fully internalized the importance of that yet. I watched as Evan bought enough food that the bagger had to get him a cardboard box, wondering in awe how he could possibly fit all of that food on his bike.

After wishing good luck to Evan, I checked into a Best Western on the course heading out of Corvallis. I sat on the side of the bed for a long time. I called Jimmy, who had stopped in Monmouth, about 20 miles before Corvallis. (He had tried to stay at a casino but didn’t like the band that was playing, so had carried on another 20 miles, but had no interest in coming all the way to Corvallis.) I microwaved my chicken vindaloo in the hotel lobby and set my alarm for 4:30am. I posted this photo and went to sleep – in about five seconds. 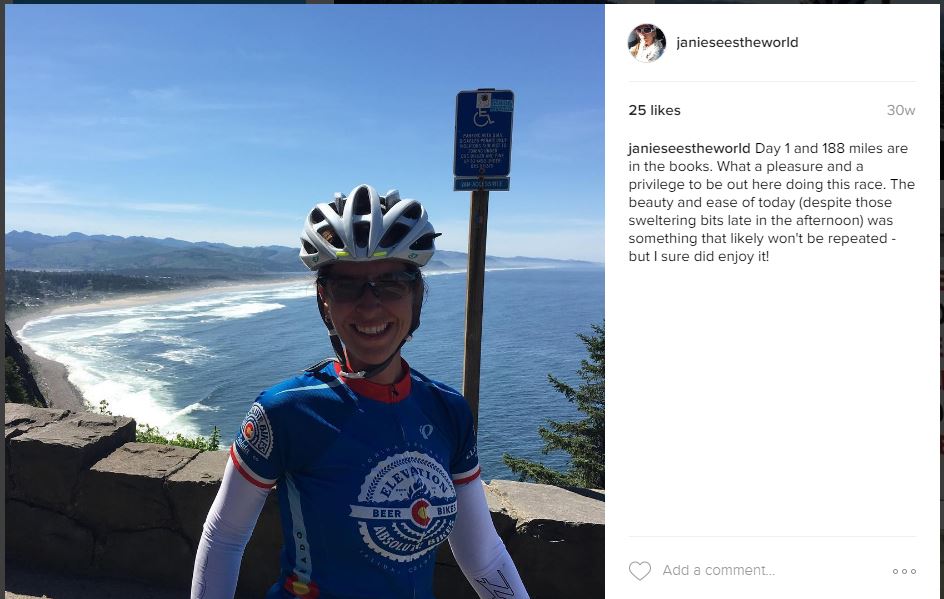