Donncha and I left weird Virginia City just as it was getting light. I was anxious and eager to get past Ennis as quickly as possible, because I remembered the brutal headwinds between Ennis and West Yellowstone from 2016. My plan for the day had me making it to Dubois, Wyoming, which was almost 240 miles. The route included getting through Yellowstone, skirting the Grand Tetons, and then up and over Togwotee Pass. Each of these landmarks was an obstacle in its own right, even in good conditions, and I wondered what logic I had in mind when I devised that strategy. Oh right, I was sitting at my computer, with rested legs and probably a hot cup of coffee.

To get to Ennis, we first had to complete the ascent of a pass, then make a long drop down the other side. I warmed up quickly, so I rode on ahead and told Donncha I would meet him at the convenience store in Ennis. The ride to the top was fairly easy, and the descent nice as the sun rose. I was feeling strong and happy.

At Ennis with Donncha.

At the Ennis store, I bought food – and caffeine – for the next five hours or so, as I was hoping not to stop until West Yellowstone, about 75 miles into the day. Donncha rolled in, not far behind. We left together, while I dropped pastry crumbs and skittles all over the ground trying to eat.

Do you always do this? he asked. Yep, I said. Pretty much.

The wind was light for the first several miles, and I tried not to get my hopes up. I talked to my friend Kim, who lives in Whitefish, Montana. As we turned to the south and the morning wore on, the winds picked up to a steady tempo and got louder and more intense. I got down in my aero bars and tried to remember to eat and drink. I dropped a few pieces of candy on the road as a greeting to Donncha.

Several miles into this long, monotonous stretch, I saw a rider on the other side of the road. I waved and he turned around to join me. Ken Simpson! Ken had ridden the Trans Am the previous year, from east coast to west, as part of a pair, and I had encountered his team in western Missouri. He lives in the area, and had come out to support the riders. It was great to have a companion for a few miles. Traffic was low, so we were able to ride side by side and talk – rather, yell over the wind – while we rode.  Ken left me at the parking lot of a rest station to head back to see some of the other racers, and I carried on towards West Yellowstone.

There’s a westward turn and a climb up to Quake Lake that marks the end of this section. The view of the lake is spectacular, and I stopped to take photos. I was feeling very happy and at peace today. I felt like I had run the day’s first gauntlet and was still in control. Whatever I was doing felt good enough, which can be a fleeting feeling in this type of adventure. Lots of days, it’s easy to feel like you are falling short, not good enough – even while “good enough” remains an undefined mark on the horizon.

Luckily today, so far at least, was not one of those days.

Of course, Yellowstone still lay ahead, and was a gauntlet of its own. I rolled into West Yellowstone mid-day. I bought a whistle, anticipating bear country ahead, and stopped at the bike shop, Freeheel and Wheel to get my bike checked. I spent what seemed like a lot of time looking for lithium batteries for my spot tracker, which was not working well.

Finally, I paid the fee and rolled into Yellowstone Park. The women at the gate had seen some of the other racers – they mentioned Jon and Evan – and knew about the race. They wished me luck.

The leg from the entrance gate to Old Faithful felt as slow as last year. It’s not really uphill, but dodging traffic made it hard to get into a rhythm. It was also hard to watch hordes of tourists meandering around spewing geysers and loitering with their cameras watching animals. All I saw was a bison, but I knew I was missing things with my relentless focus on time. 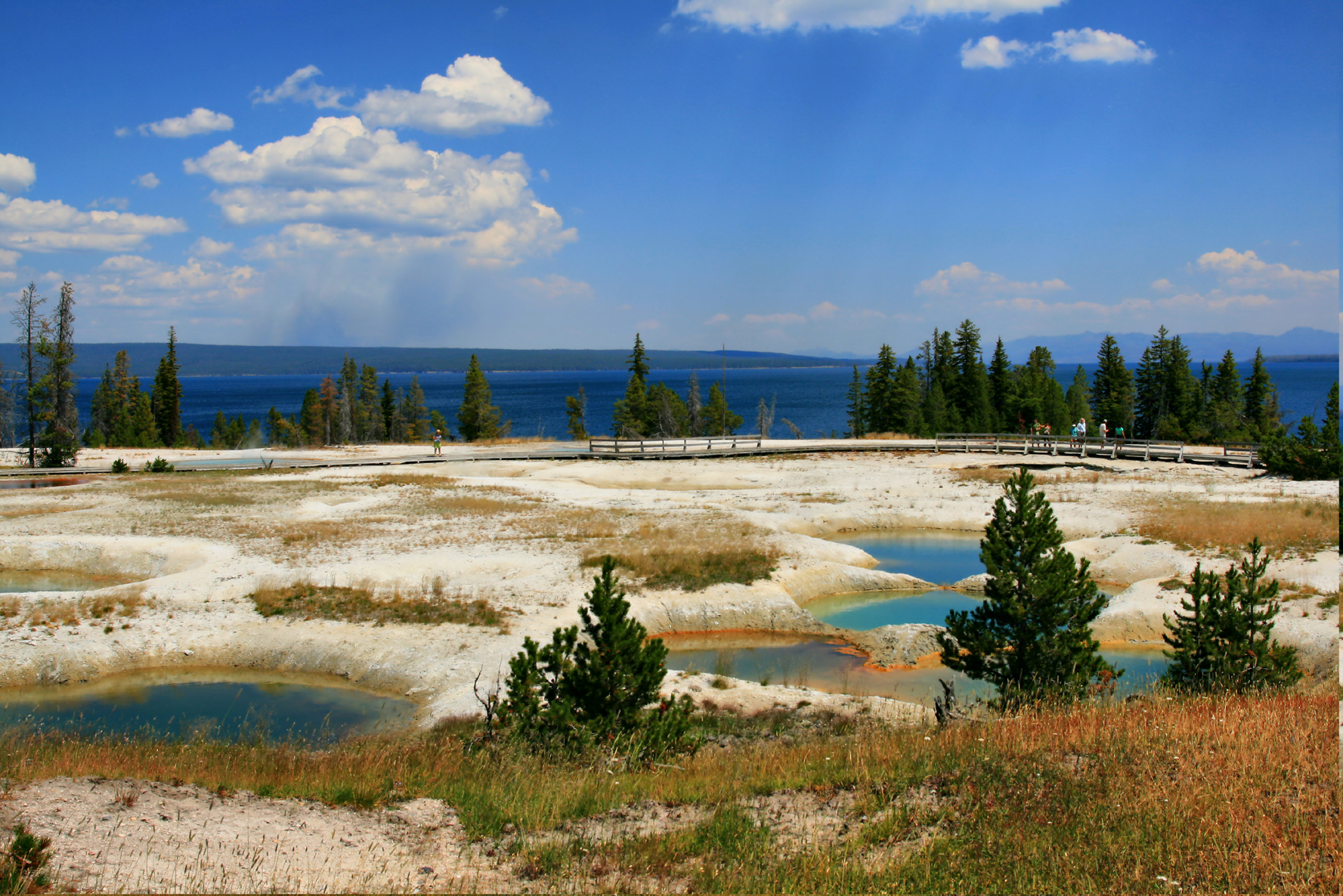 It took me the whole afternoon and until near sunset to get through Yellowstone. I had my earbud in my right ear and I was listening to the podcast S-Town. If you haven’t listened to S-Town, you should. The story is about an eccentric genius from small-town Alabama named John B. McLemore. Among other things, John B. McLemore is a clock-repair hobbyist, or a horologist – someone who studies the passage of time.

Descending from Yellowstone into the Grand Tetons, it was getting cold and the sun was beginning to set. I was listening to narrator Brian Reed describe the intricate, tedious process those of repairing old clocks:

“The few people left in the world who know how to do this kind of thing rely on what are often called ‘witness marks’ to guide their way. A witness mark could be a small dent, a hole that once held a screw: These are actual impressions and dent lines and discolorations left inside the clock of pieces that may have once been there. They are clues as to what was in the clockmaker’s mind when he first created the thing. I’m told fixing an old clock can be maddening. You’re constantly wondering if you’ve just spent hours going down a path that will likely take you nowhere, and all you’ve got are these vague witness marks which might not even mean what you think they mean.”

Looking at the mountains jutting up from the lake around Colter Bay in the Grand Tetons, I wondered whether we’re all doing a similar thing in life – looking for those “witness marks” to show us what to do, to keep us from going down a path to nowhere. Maybe we’re always squinting hard, looking for clues from the world – or from what others learned before us – in the hopes they will tell us something to help guide our way. 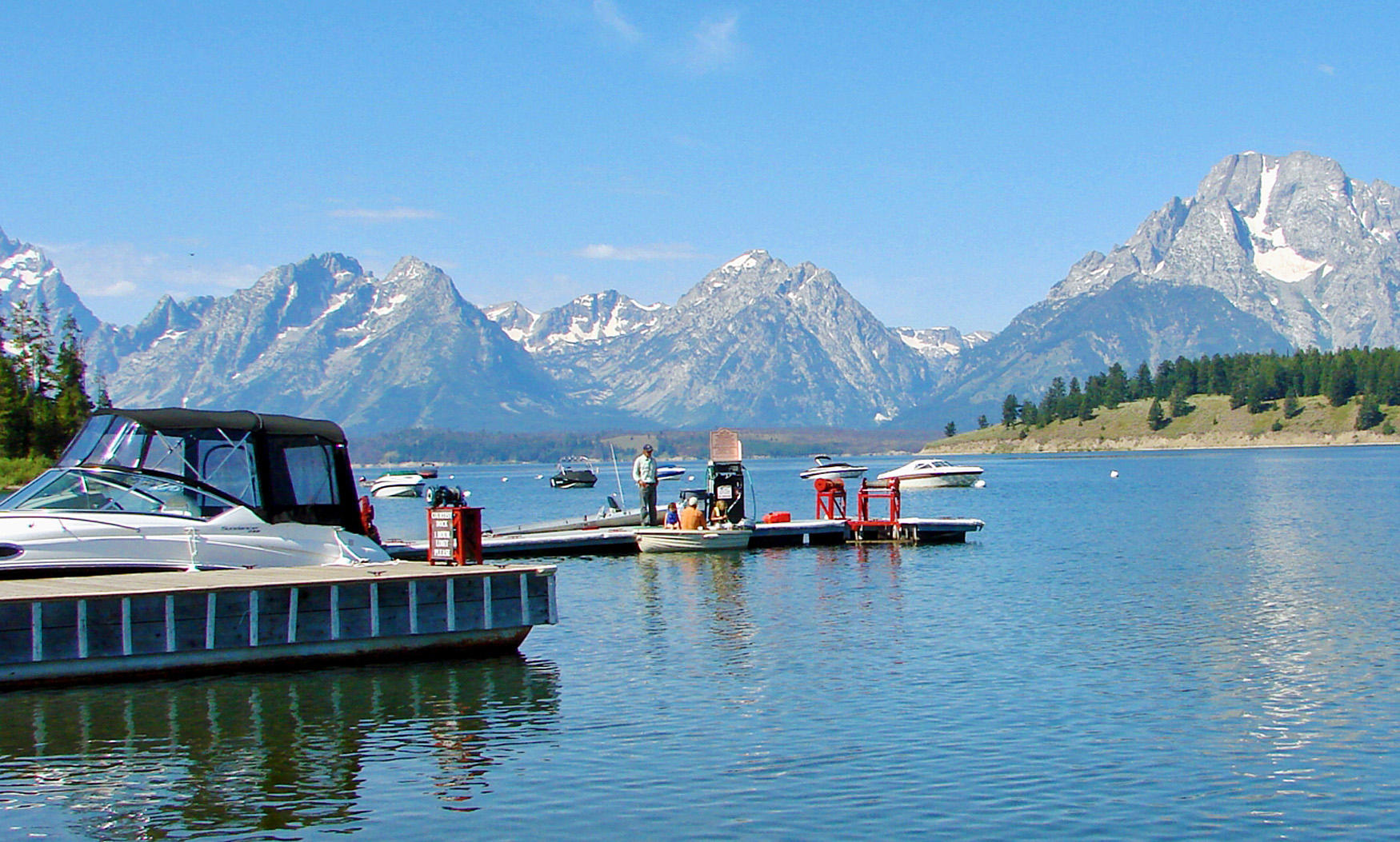 In any case, a realization that the descending darkness was guiding me to was that there was no way I was going to make it to Dubois that night. I made a refueling stop at Colter Bay while it was still light, then carried on into the dark, where neon signs on the dark road read “Bears on Road” and “Be Bear Aware.”

I was starting to feel really tired, but also knew that I couldn’t stop here. I was blowing my whistle and singing out loud, yelling and talking loud until I was out of breath. Then I would start over again. I knew the stretch I was riding through was beautiful, but I couldn’t see anything.

The climb up Togwotee Pass is a long one, but I decided to try to get up as far as possible. I called for a room at Togwotee Lodge, which was ridiculously expensive – especially for a handful of hours of sleep – but my options were limited in this cold and remotely mountainous area.

Near midnight and on exhausted legs, I saw the lights of the lodge. My name was on an envelope with a key. The room was paneled with wood – shabby chic? – and way too warm. I opened the window and let the cold air in. There was a coffee maker. I put water in it and fell into a deep, deep sleep.