I slept until 6am, so it was light before I got out of the hotel. MF had been gone for several hours, so my big push into the night had only gotten me a gain of about 10-20 miles on him. Still, it was something. At this point, the only time I could gain was by riding longer – there was no option to ride harder.

My main goal of the day was to reach the ferry at Cave in Rock, Illinois, which crosses the Illinois River and serves as the border between Illinois into Kentucky. I had to reach Cave in Rock by 9pm for the last ferry; otherwise there were no more until the next morning. Because of my big ride the day before, I only had about 140 miles to ride to Cave in Rock from Chester. 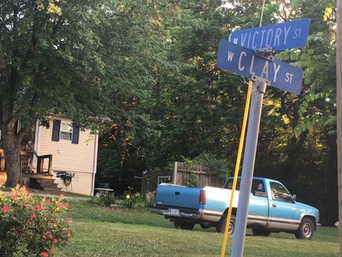 Setting out, that seemed like a simple task. Maybe I would hit the ferry in the mid-afternoon, I thought, and get a good ways into Kentucky before I slept. But as the day wore on, the temperature went up and so did the hills. Mid-afternoon came and went. Pedaling through the Shawnee National Forest, the trees and thick foliage looked so enticing that I couldn’t pass up the opportunity for shade. I pulled my bike into the forest, laid my bivvy out carefully – scouting the area for poison oak, even though I wasn’t really sure what it looked like – and fell asleep for an hour. 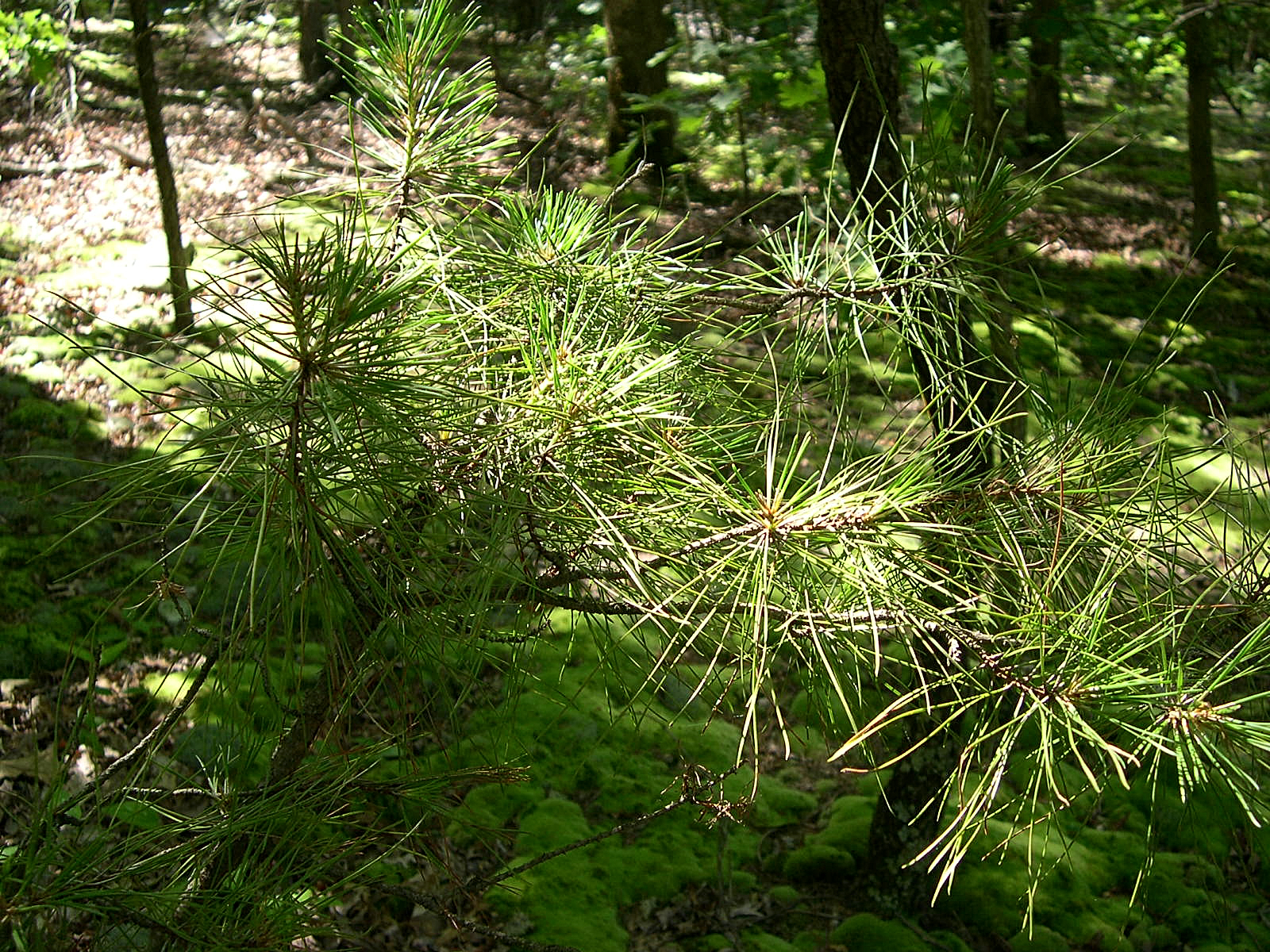 Waking up, I checked the time and realized I no longer had a comfortable cushion to reach the ferry. Gah. I gathered up my things, wiped the drool off my face and wheeled my bike back onto the road. For the next few hours, the road made me work for the ferry. The grades were steep, the roads narrow, the cars impatient, the pavement rough. Basically, the last 10 miles went on forever.

I arrived at the ferry about 7:30pm and got behind 3 cars. A girl and three guys in the car next to me were smoking cigarettes and asked me where I was going. I told them Virginia and asked them to take my picture. 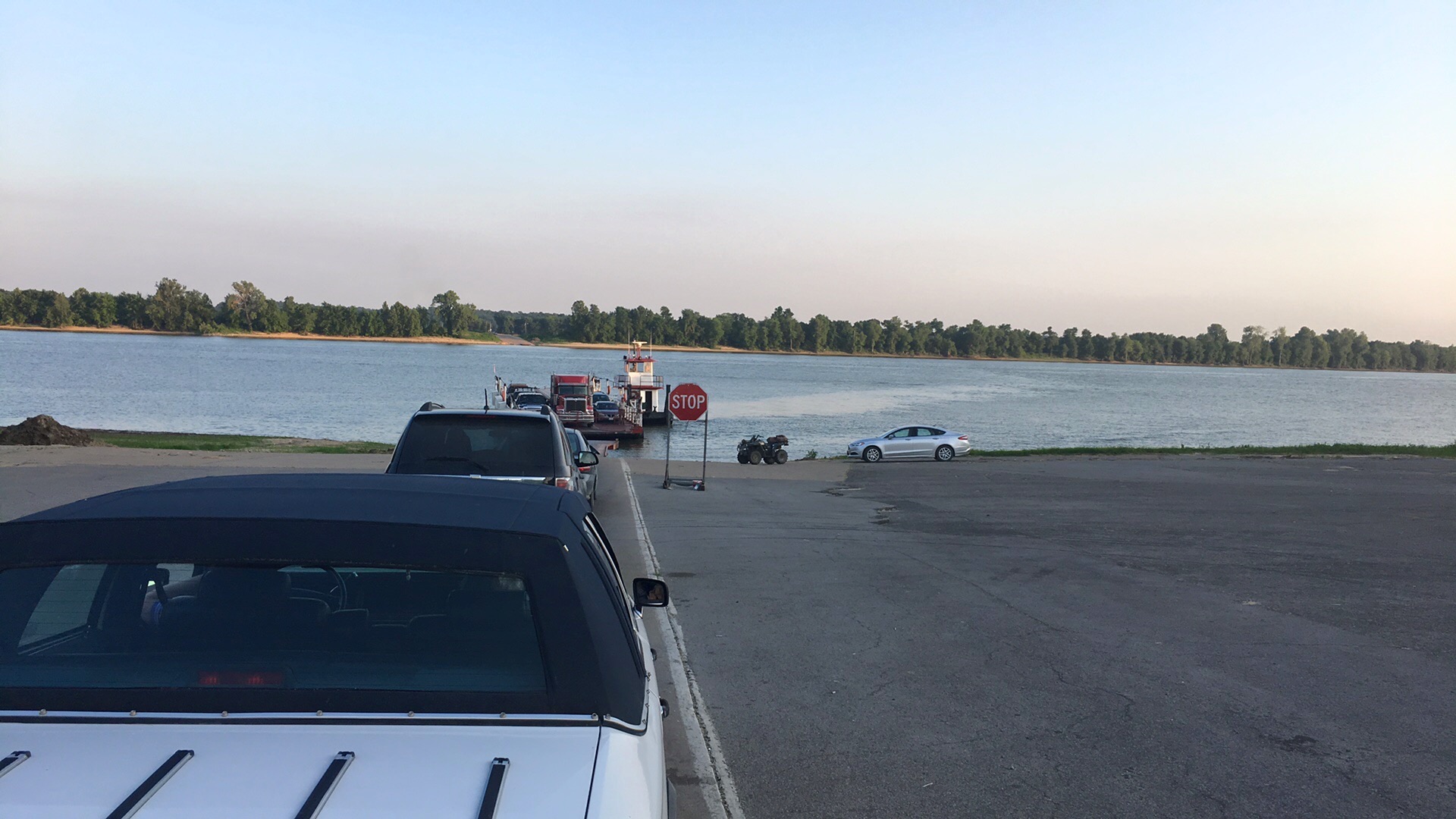 Waiting for the ferry across the Illinois River.

On the other side, I rolled off the ferry and passed the Kentucky state sign. Two more states to go. It felt like an accomplishment, but a sobering one, since some of the race’s hardest riding was still to come. It was an uphill ten miles to the town of Marion, Kentucky. As I spun slowly up the hill, it was getting dark and the fireflys began shooting off staccato bursts of yellow on either side of the road.

Rolling into Marion, I heard my name being called by avid dot-watcher Michele Hodge. I was happy she was there to greet me, and as I pulled over and extended my hand to shake hers, I immediately toppled over. From the ground, all I could think to say was, “I’m a really good bike rider, I promise.” That, and “You should really take a picture.” Michele obliged. 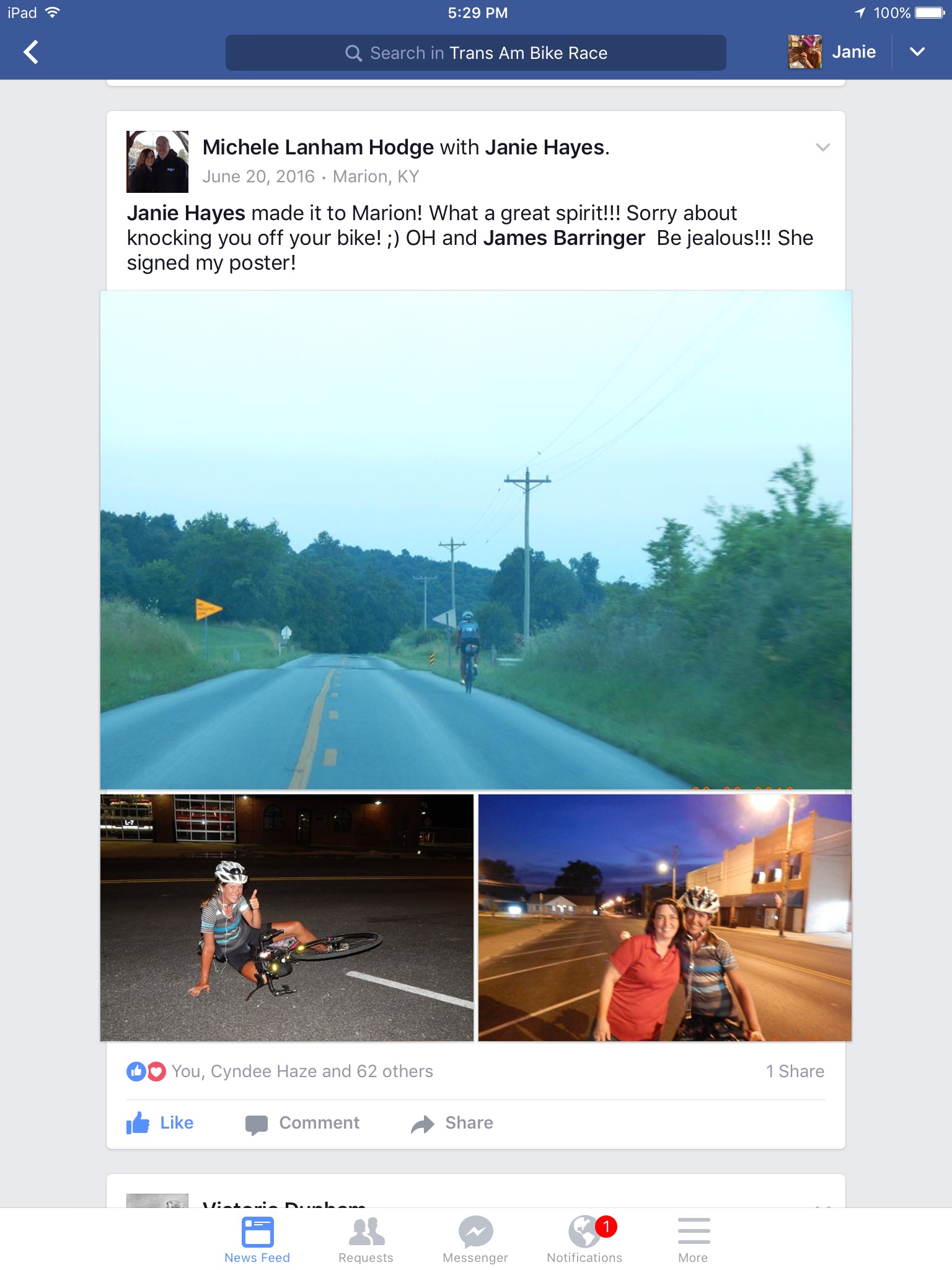 There amount of blood was minor, and no damage I could see to my bike, so after she checked on my well being and introduced me to her husband, she asked me my plans for the night. I was still toying with the idea of carrying on – MF was still riding – but she told me that I could sleep inside the church on the corner for free. So after I stopped at McDonalds, I headed over to the church, riding one handed and slurping on a large chocolate milkshake.

The sign on the door said to call the pastor, so I called the pastor. He was babysitting and couldn’t leave the house, but he told me to knock on the door of “the white house down the street” (he didn’t know the address) and the church custodian would let me in. After wandering around the neighborhood for a bit, I chose a white house and knocked tentatively at the door. A woman answered. Hi, I said, raising my milkshake in greeting. I am looking for the custodian so that I can get into the church to sleep. She looked at me quizzically. The pastor sent me? I said.

Who is that? I heard a male voice call. A man in overalls and a baseball hat appeared at the door. I explained my situation and he agreed to meet me at the church in a few minutes. I finished my milkshake on the front steps, and he appeared shortly with a ring of keys. I followed him inside and he showed me a Sunday school room on the first floor where I could leave my bike on the carpeted floor. Then we walked upstairs to another set of meeting rooms. 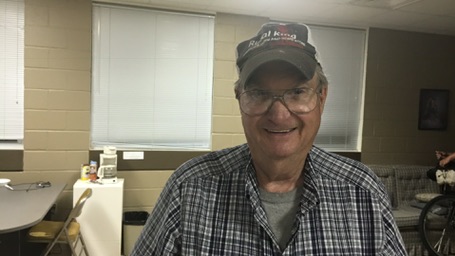 The church custodian inside a Sunday school room.

He showed me into a large room with sofas and a few tables and chairs. The heat was on full blast. There was another cyclist there, a young guy from Minnesota, who was laying out his sleeping bag on one of the couches. The custodian continued a protracted tour of the facilities – showing me the light switches, the bathrooms, drinking fountains, other rooms where I could sleep if I wanted, backup light switches for other parts of the church.

Now, he said, leading me back to the room with sofas. We need to do headshots for the book. He pulled out a TransAm logbook with photos and notes from hundreds of riders who had visited the church during their rides. He brought a large digital camera out of a cabinet and asked me and the other rider to stand in front of a wall while he took our photos. Then he seemed flummoxed. He couldn’t remember how to connect the camera to the computer and print out the photos. This was apparently a task that could not wait until tomorrow. Did we know how to work this thing? he asked us. Fortunately, the other rider offered to help him. after about 30 more minutes, the photos were printed and glued into the book.

The custodian eventually told us good night, about 11pm. I apologized in advance to the other rider for my alarm that was set to go off at 3am. I got in my sleeping bag on the couch in all my smelly clothes, posted this photo and went to sleep. 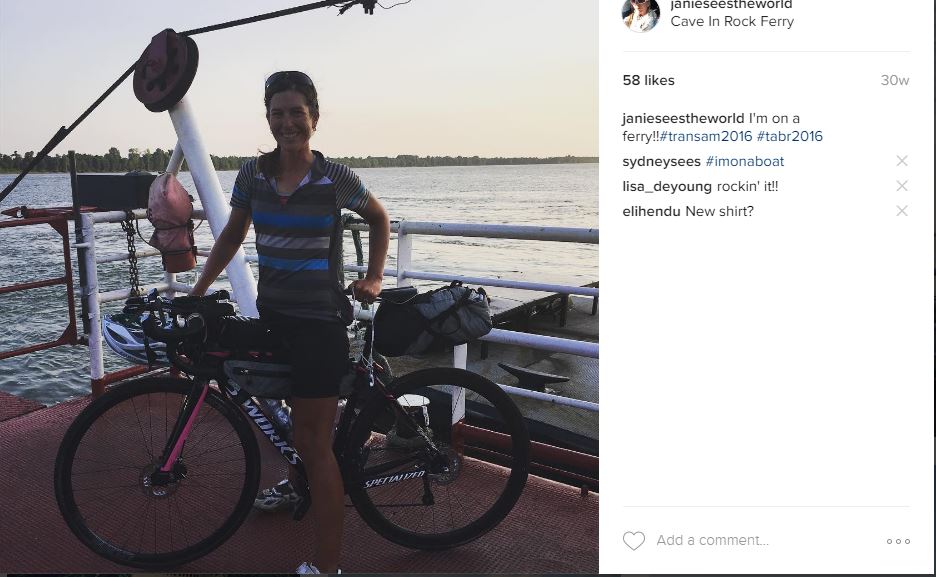