Last year after my first attempt at the Trans Am Bike Race – that beautiful, exhausting 4,300 mile self-supported race across the country that is forever seared into my soul – it took me six months to write about it.

The procrastination wasn’t because the race hadn’t been important. In fact, quite the opposite. That 22 days, 11 hours on the bike in the middle of a hot, sticky 2016 summer was so profound that I found it hard to describe what had happened, much less articulate its impact on me. I was afraid that I wouldn’t do it justice. I still don’t think I did, but as many have said, the perfect shouldn’t be the enemy of the good-enough. 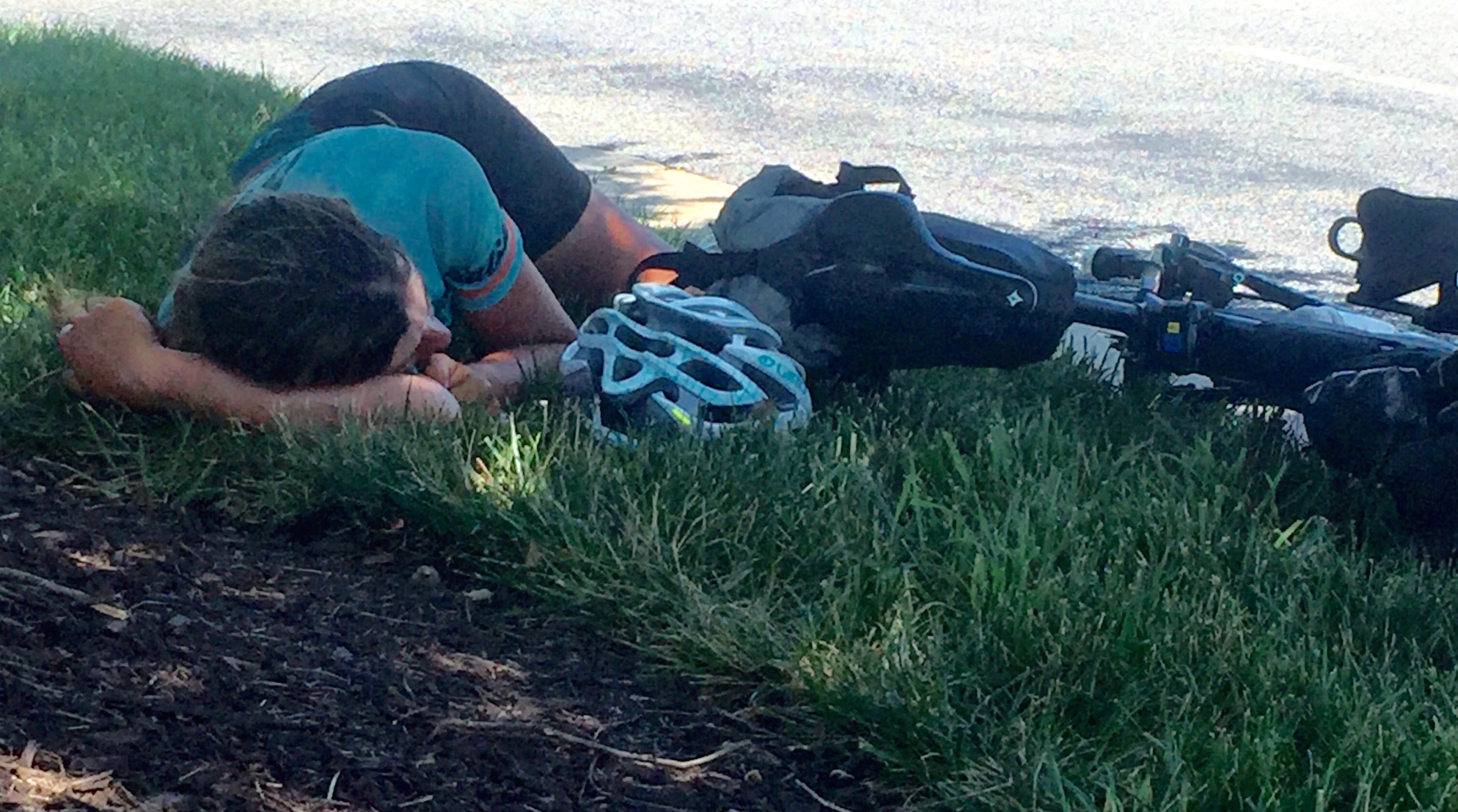 In the bank parking lot, 100 miles to the finish in 2016. Photo: Travis Siehndel

This year it’s only been five months since my finish in Astoria. So perhaps self-improvement is afoot. 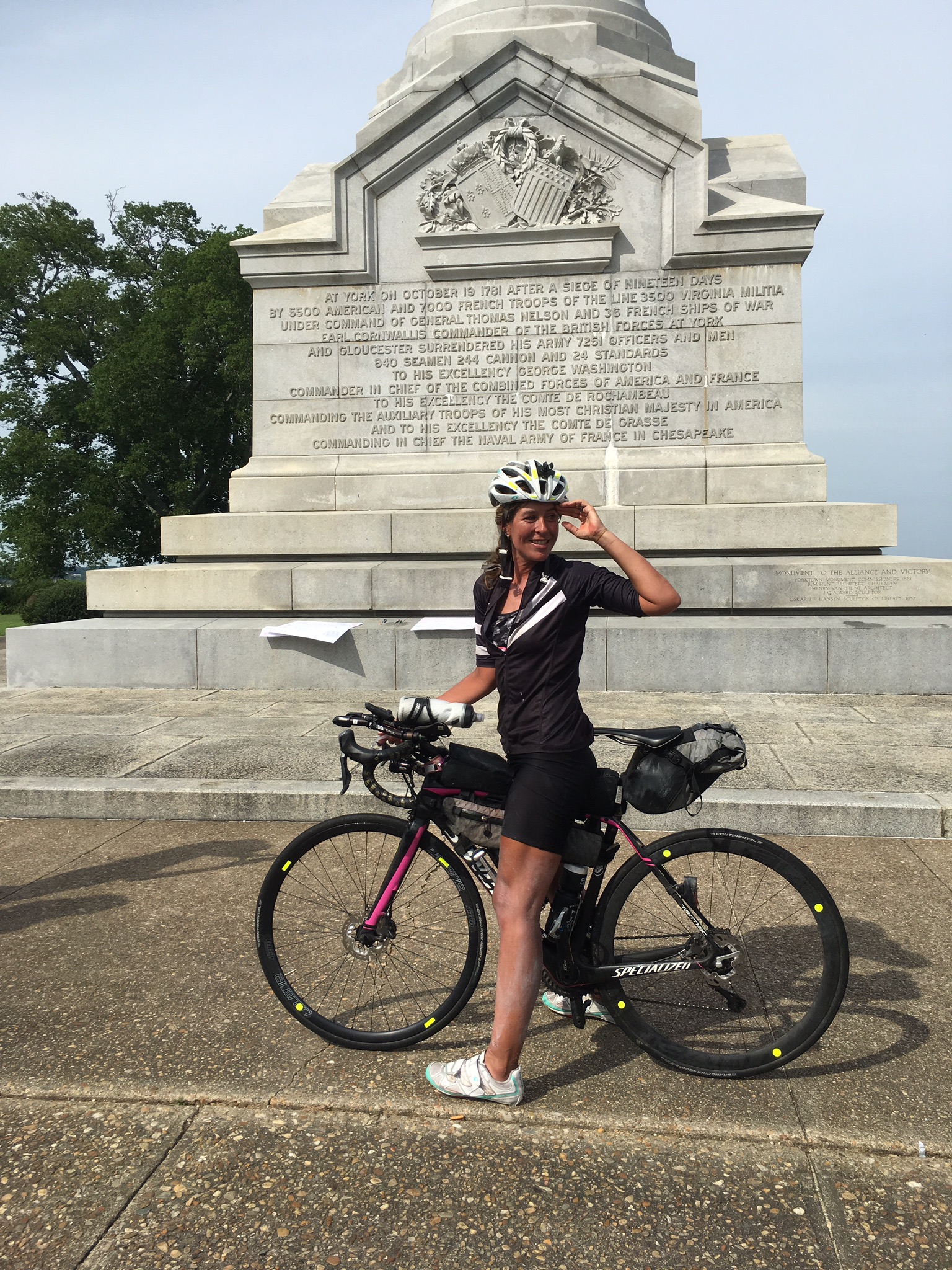 The finish 2017. Evan Deutsch: “It was so great how terrible you looked.” Photo: Liza Kirwin

This summer on June 4 when I rolled up to the start in Astoria, Oregon for my second go at the Trans Am, I felt both more, and less, confident than I had the year before.

In 2016, I had been an endurance-cycling newbie, a triathlete-on-hiatus looking for a rad new adventure. I hadn’t turned up to race per se, but to test my limits, see the country in a new way, and learn something about myself.

After the 2016 race, though, I still couldn’t rid myself of this restless sense that I needed to dig deeper, to take another, better shot at ultra racing. I felt like I had only scratched the surface of what I could discover about the world and myself on those open roads – battling through heat and rain and wind, and sleeping in toilets and ditches – and what my potential was for going further, faster. I had found that I truly loved the racing, and I was inspired by watching what others – especially my female competitors – could do. I  fell in love with this sport that rewards self sufficiency, that offers no prizes, that proves that strong women can compete equally with strong men, and that requires an equal amount of fitness, wisdom, mistake making, and brutal testing of limits.

2016 had unveiled an itch. And I needed to scratch it.

So last fall, I pondered my plan. In order to satisfy myself, I knew I’d need to work much harder than I had in 2016. That was okay, I was ready. But I also needed to be thoughtful and strategic – to set clear goals, and to work towards them methodically and consistently. While the physical training would be an important part, I didn’t want my goals to be only about how fast I could get, or physically how strong I could be. I also wanted my mind to be blown open wide by the journey.

To do this, I thought I needed a new racing adventure. The Trans Am had been amazing, but I was hungry for something new. I explored the options – everything from Race Across America to the Tour Divide to the Trans-Siberian Red Bull Extreme. I finally settled on Mike Hall’s already iconic Transcontinental Race – a choose-your-own-adventure type of bike race across Europe. I applied in December, and was stoked to be awarded a space in January. The race would start on July 28, 2017.

With almost a year stretching out in front of me, I now needed a coach to guide me (which included saving me from the worst parts of myself). After reaching out to several coaches that had experience with this form of bike racing, I hired coach Greg Grandgeorge of Tri2Max Coaching. Greg coaches superstar ultra racer Sarah Cooper, and I had read his name on her blog. When we connected, I told him that I wanted to work hard, but I also needed to balance my enthusiasm with the potential for mental burnout. He agreed.

In October Greg sent me an Excel spreadsheet that laid out the plan for my entire year. All numbers. I remember squinting at this spreadsheet over a beer in a dimly lit bar with my friend Jill during a bike tour in Vermont, and laughing out loud trying to decipher what those columns of numbers meant. At the time, it was hard for me to see how those numbers and formulas were going to translate to the dirty face, nose-running, pastry-eating racing of the next summer. 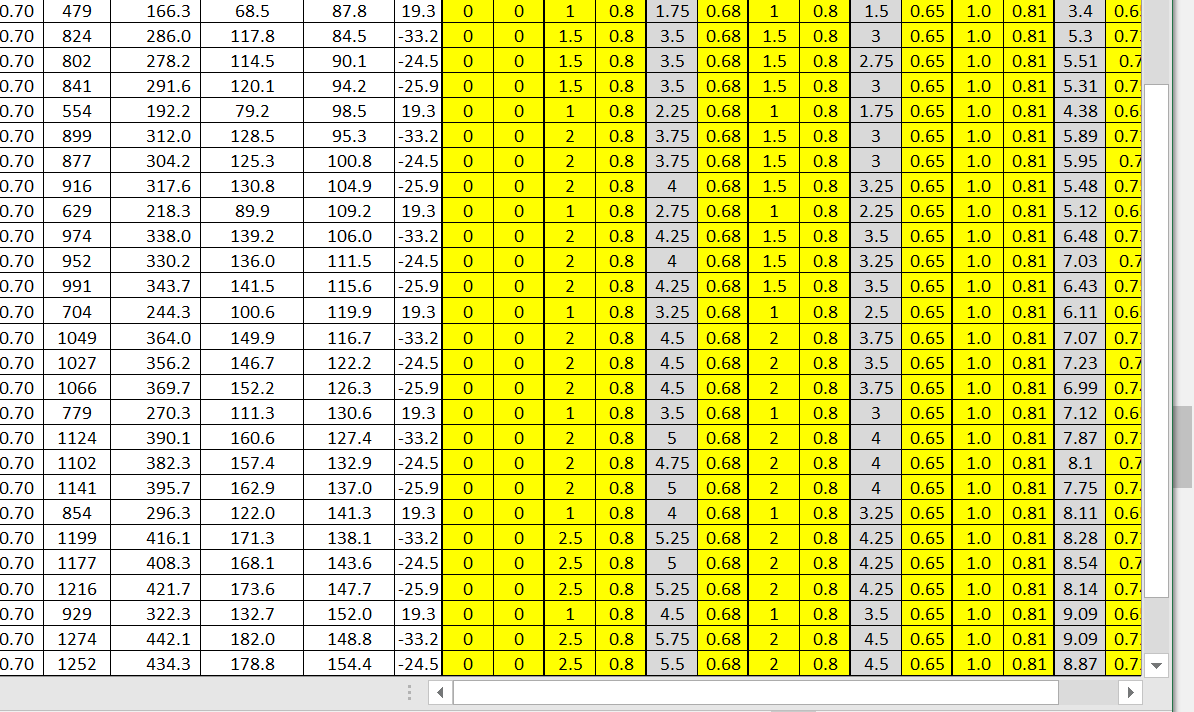 The translation would turn out to be flawless.

I spent November to April building my fitness day by day, week by week, month by month. I did easy rides and hard rides and lots of everything in between. I did beer-drinking rides with friends. I spent hours on my trainer indoors during times of cold and snow. I did some icy rides on my time trial bike and some fat bike riding in the snow. I took warm weather trips to Tucson and Austin. Most weeks, I was riding around 20 hours per week, and upwards of 200 miles, which was entirely new territory for me. 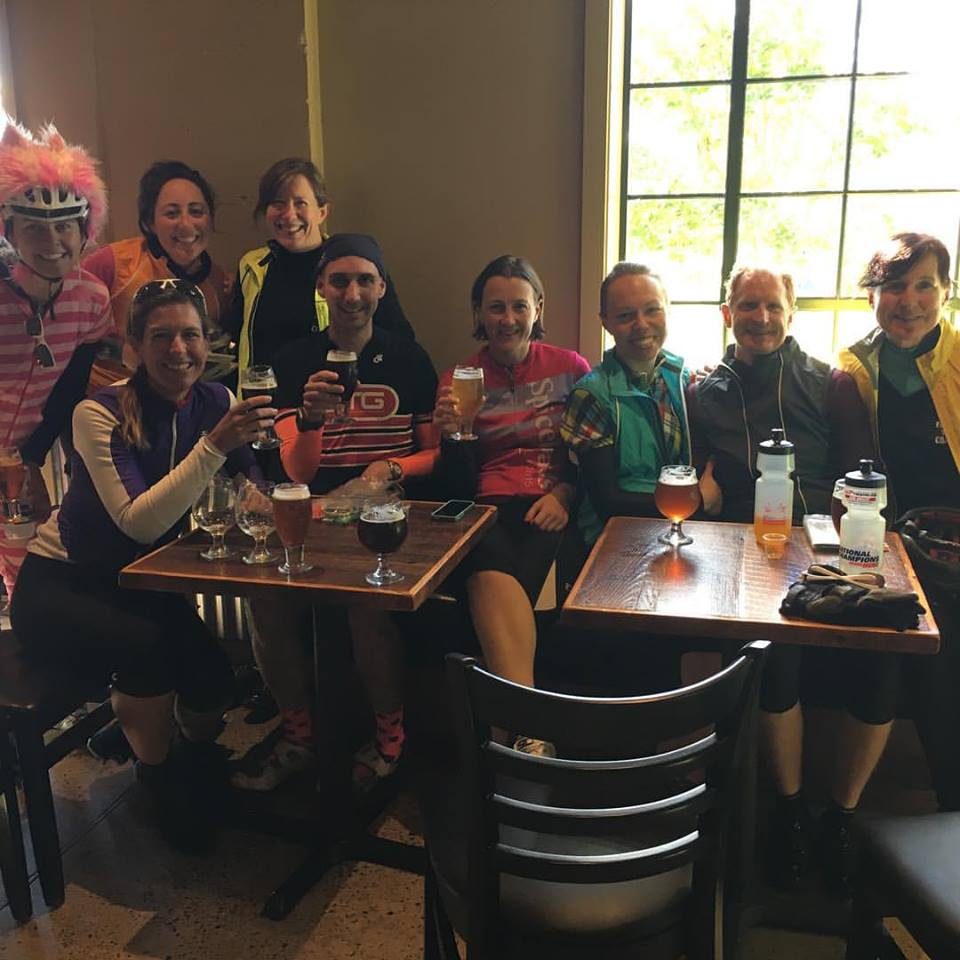 Brewery ride with friends in DC.

By February, I was starting to see results. My power was good – and perhaps more important, measures of stamina, which is critical for this type of racing. The graphs and charts that we used to measure my fitness were sending the right messages, I raced my first 12-hour time trial in Sebring on February 11 and managed to set a new women’s record (and place second overall). 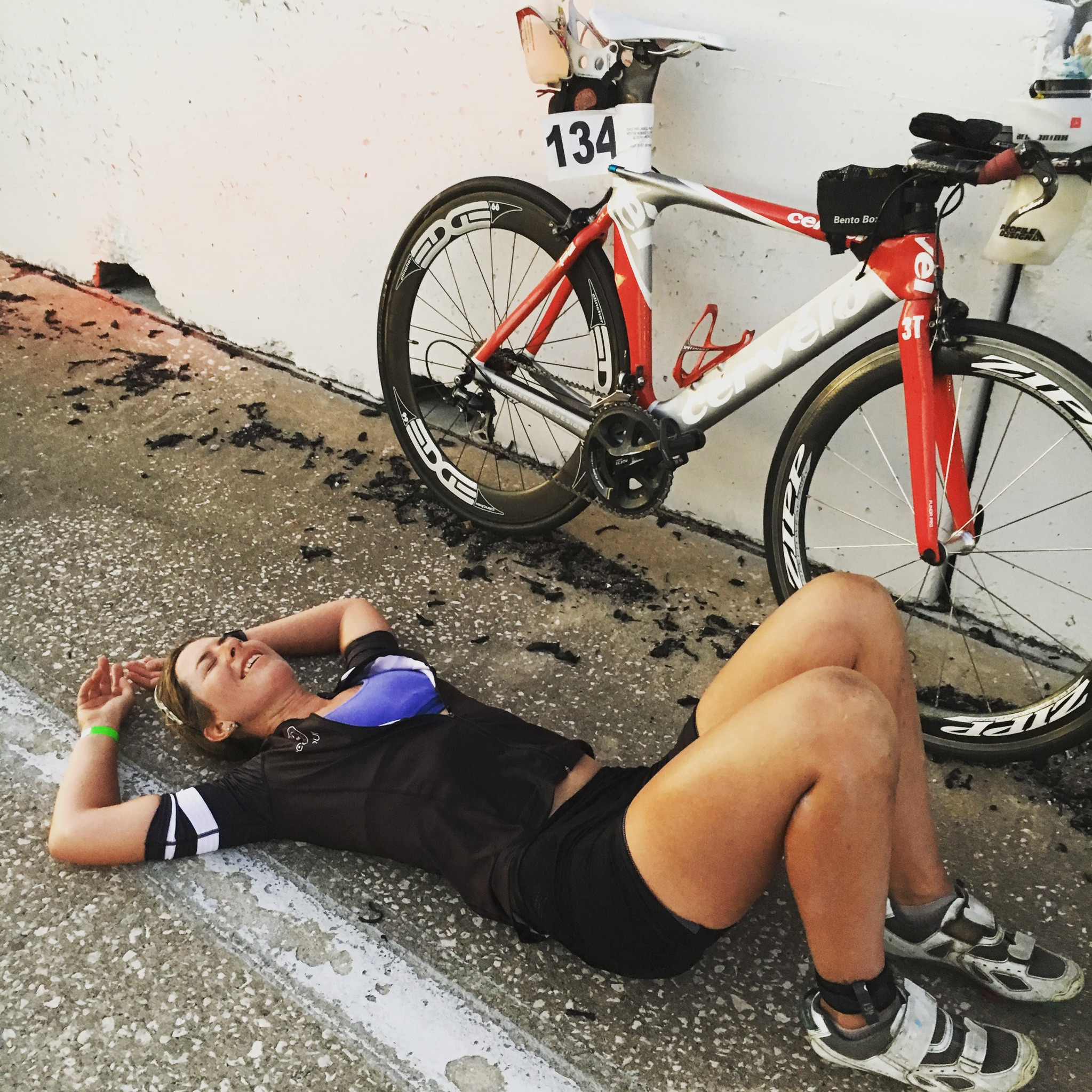 In March, I started a 400-mile race in the Texas Hill Country, but had to drop out after 100 miles due to an irreparable mechanical and a crash where I, quite literally, lost my pants (that’s a whole other post). 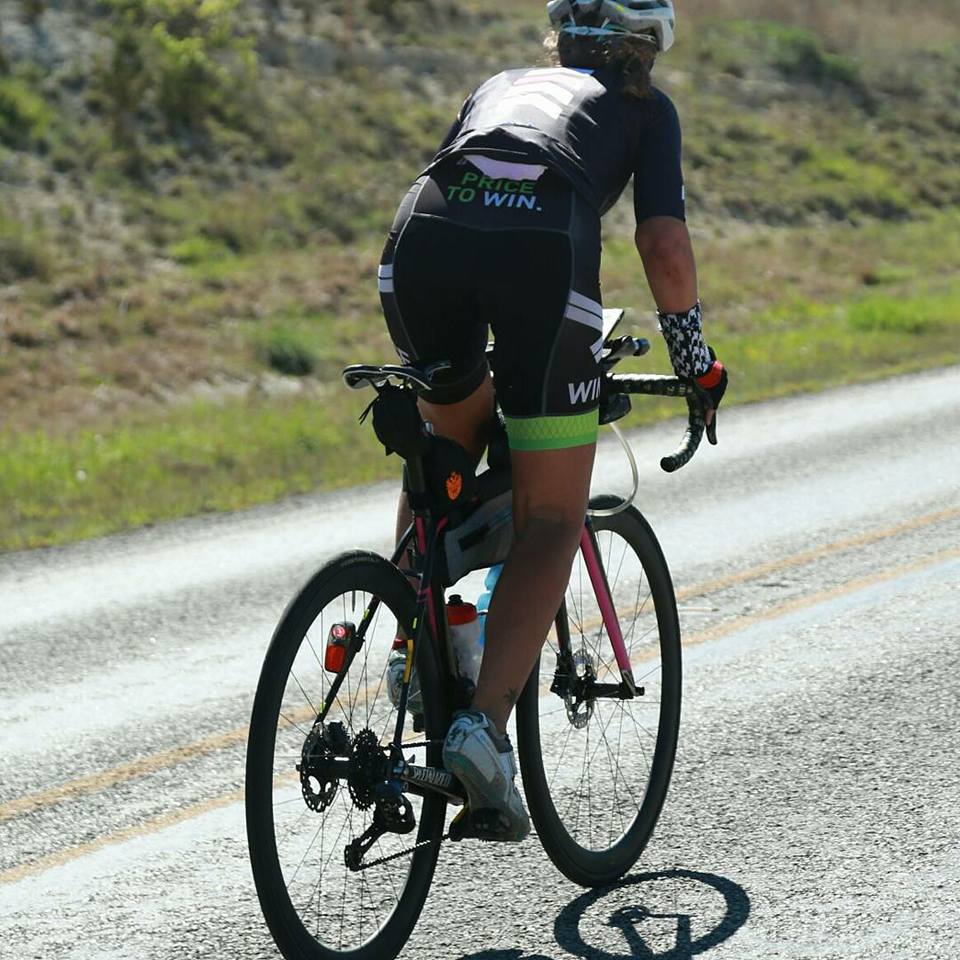 I ended up in a brewery for the afternoon, so that was ok.

In addition to the physical training, which began to eat up more and more of my time as the months progressed, during winter and early spring I spent hours in front of the computer planning my race route for the Transcontinental. I bought paper maps and downloaded mapping apps. I memorized coordinates and joined FB groups. I had language dictionaries and researched visa requirements. 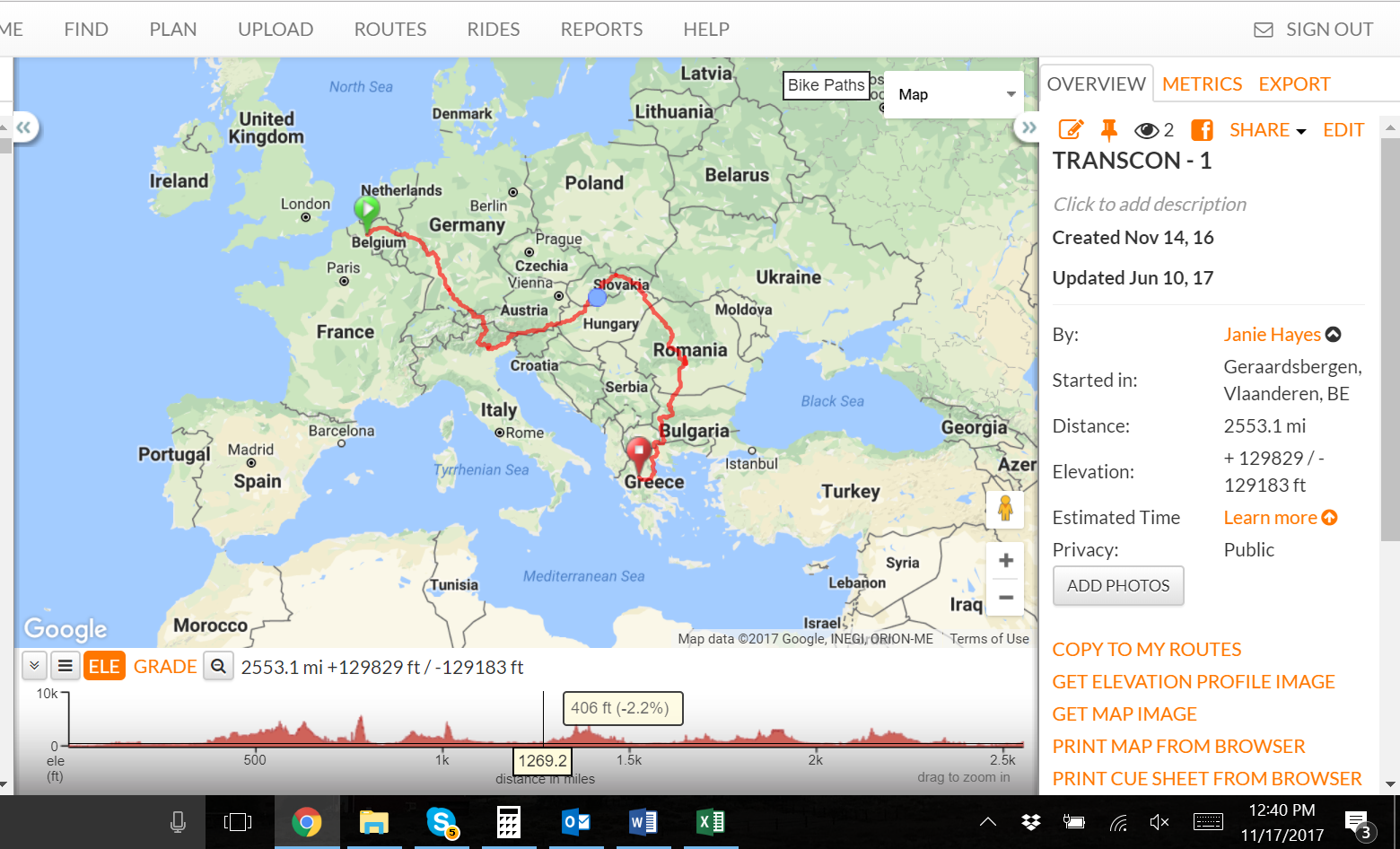 Months in advance, I had also arranged my work schedule for the summer carefully to ensure that I had enough time before and after to not let too many balls drop.

As summer neared, though, life began to take unexpected turns. My work schedules shifted, and the costs and logistics of racing in Europe started to feel overwhelming. Without experience with much riding whatsoever in Europe, I was nervous about how to choose safe, but also fast, roads through the many countries the race passed through. Then in late March, Transcontinental race director Mike Hall was killed during the Indian Pacific Wheel Race. This tragic accident shook the ultra cycling community, and put the Transcontinental into question until mid-May.

In April, I started thinking about the Trans Am start line.

My life situation wasn’t ideal for it. The TransAm started almost two months earlier, so I would be racing without that planned two months of training under my belt (and many of my planned super-long test rides). Complicating matters, I had a two-week work trip to Uganda planned just a month before the race, during which time my only real training option would be an old-school fitness bike in a non-air-conditioned hotel. I also would need to rejigger my work schedule, which threatened to inconvenience a lot of colleagues.

Still, the more I thought about the Trans Am the more I wanted to do it. The idea of testing myself on a course that I already had experience on was appealing. I had friends doing the race who I had met and shared experiences with the year before. Doing a June race might allow me to enjoy most of my Colorado summer at home, tooling around on trails and drinking beer by the river. 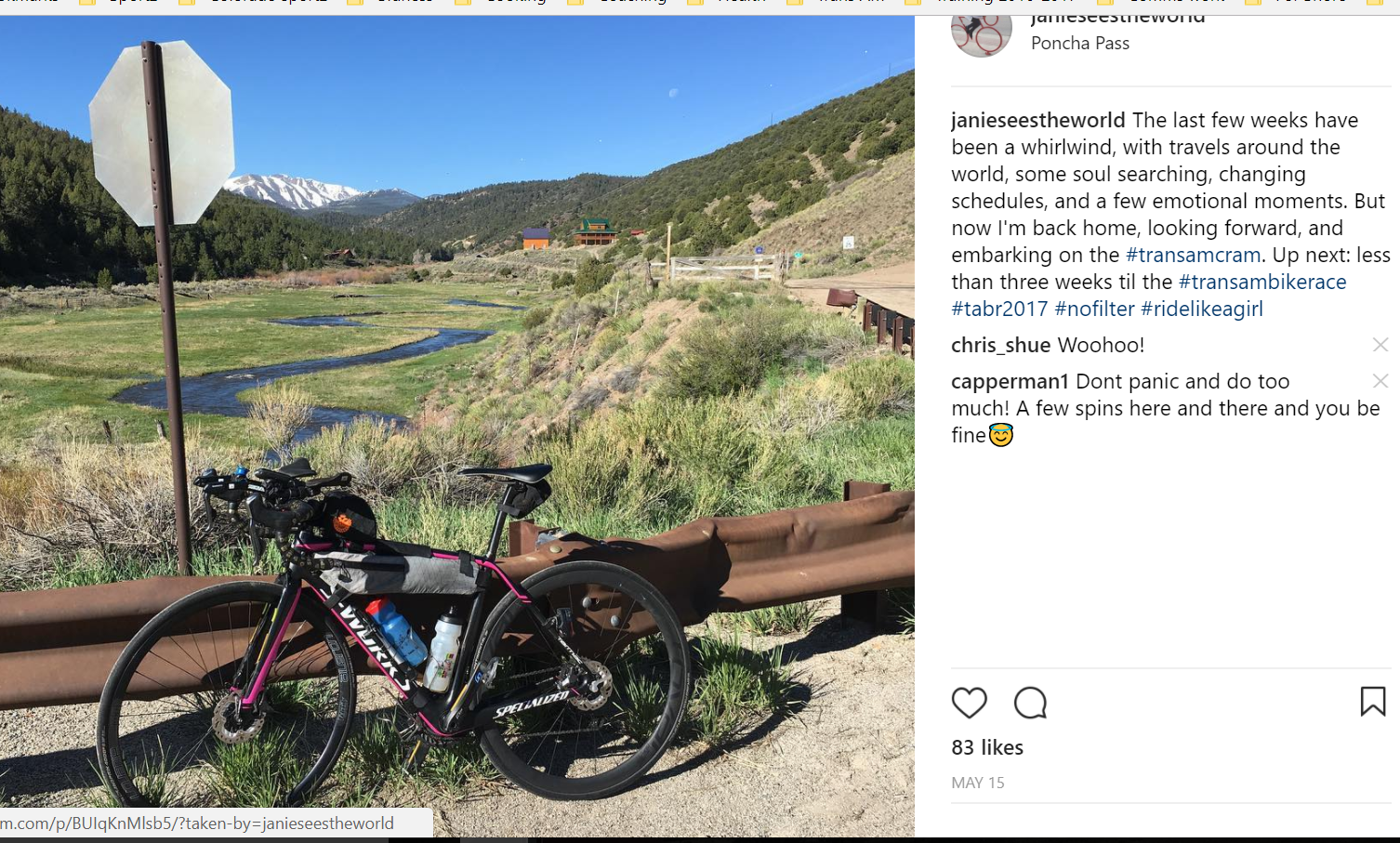 Most important: more and more, it seemed like a hell of a lot of fun. I’ve always loved Josh Kato’s perspective after his record breaking run down the Tour Divide in 2015:

“If you are racing…that means you’ve been able to somehow sneak away from societal obligations for about three weeks. What’s not fun about playing hooky from life? It’s like being a kid on a really sweet set of wheels with a credit card and carte blanche in the junk food aisle. Yeah, it hurts a lot, but you’re out there doing something awesome, and you get to eat a lot of donuts while doing it… If I wasn’t having fun out there, it was my own fault.”

So, a month before the TransAm, I sent the email to Nathan and signed up. I would be buying donuts with my credit card while cruising across America, just as hard and fast as I possibly could! 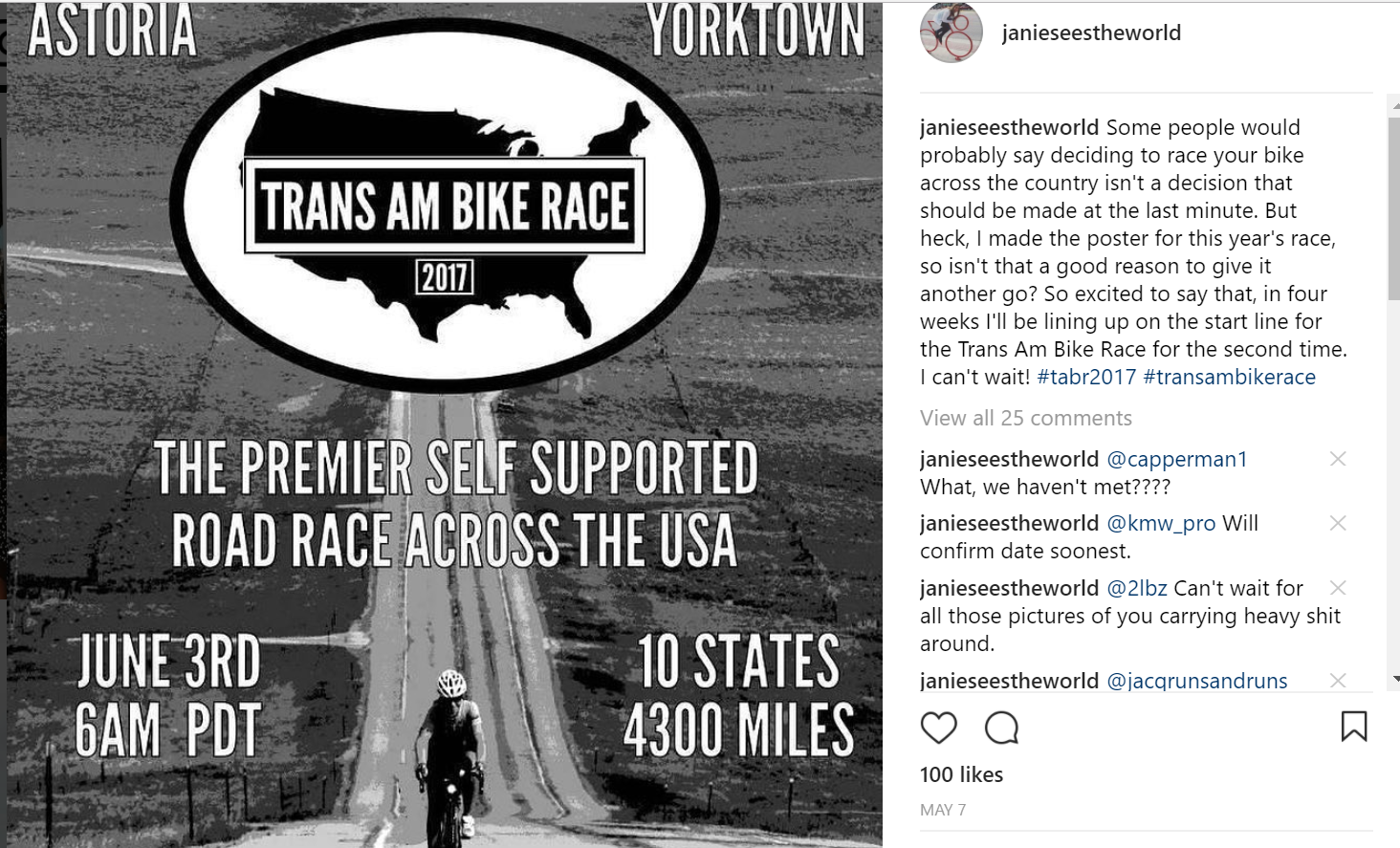 As it turned out, with this adventure I’d get even more than I bargained for – but well worth the horrifying winds, slate of injuries, deep despair, unexplained rashes, ruined iphone in the toilet, heartache, the hospital visit and, yes, the pitbull bite.